Looking for a top rehab center in colorado for yourself or someone you love? Rehabs.com is an expert in exclusive luxury centers and can help you find the clinic that’s right for you. Our drug and alcohol rehabilitation programs can help anyone break free from drugs, regardless of whether the addiction is to Antipsychotics, Marijuana, alcohol or any other illicit or doctor-prescribed medication. 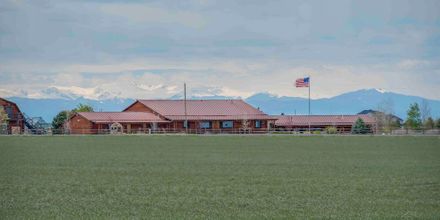 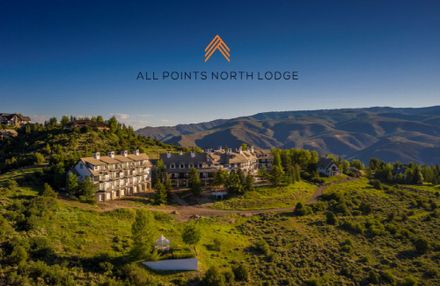 More Info About Rehab in Colorado

Latest Reviews of Rehabs in Colorado

They were caring and helpful. Too far away from home town. My brother got excellent treatment in their care. I would recommend them to anyone.

Fellow recovering addicts as staff who "get it" Not very individualized Treatment offers the opportunity to be in a safe environment with other recovering addicts so there us a mutual respect and understanding of what each other are going thru.

Founder The Raleigh House of Hope

Hi, I’m Eric Lapp, the Founder and CEO of the Raleigh House. Just this year, we’ve celebrated our 10th year of serving our community. One thing I’ve learned after working with over a thousand families is that substance abuse devastates families. It destroys lives but most importantly, people do recover and families get better. Long ago I discovered that addiction stems from years of LIFE and it is just a symptom of something more going on. We didn’t cause it but it is our job to figure out how to live a healthy life. The Raleigh House takes a multifaceted approach to treating addiction but first we have to understand the contributing factors of why and how it exists in the first place. At The Raleigh House we are careful to understand what is driving the substance use and the behaviors. We understand that addiction in some cases is a family disease, patterns and behaviors started at a young age that later manifested as problematic substance use and mood irregularities. In order to treat the desire to use, drink and act out unhealthy behaviors we have to grasp the entire picture. What was the childhood like, was there enough attention, was there enough love and nurture, what about support and discipline? Was there space to make choices, was there guidance if there was a better decision? Where did it come from and what prohibitin advancement in life. At The Raleigh House our job is to raise awareness and begin the transformational process, your job is to keep it!

Executive Director and Owner of Rites of Passage LLC and The Phoenix Rising Programs Women’s Residential Extended Care Program and the Intensive Outpatient Programs for both co-ed adults and Teens. I am a transpersonal counselor/psychotherapist, life coach, healer and artist. I have done extensive transpersonal (mind/body/spirit) work as well as trauma/PTSD work and I also have extensive experience as a dual-diagnosis counselor working with substance and eating disorder issues that stem from trauma. I have a masters in counseling psychology, a certification in transpersonal counseling, a certification in equine assisted psychotherapy and life coaching, LPC licensure in the state of Colorado and am a first level Reiki practitioner and certified in the healing modality Jin Shin TARA. I have spent many years working with shamanistic and energy healing modalities. I engage clients in all types of transpersonal work including art therapy, dream therapy, ceremony and self-growth. All of the types of therapy and coaching that I engage in are experiential therapy modalities because I have found that when a person engages their body/mind and spirit together in a session, more is synthesized and integrated allowing breakthroughs to occur quickly and learning or relearning that they engage in allows clients to begin to use this new knowledge immediately as opposed to strictly cognitive based counseling, which can take weeks, months or years without any significant results being made. My work is very diverse because I utilize all of my experience as well as everyone else on the staffs to find what works for each client who comes into our program to excel and focus upon what she needs to achieve her goals.

Are you living in Colorado with an untreated drug abuse problem? Are you unable to moderate your use of alcohol, prescription drugs, marijuana or other substances? Have you been hurt repeatedly by the consequences of your ongoing drug use? If so, you’re not alone.

You don’t have to live another day being controlled by addiction.

The survey reports that Colorado has some of the highest rates of:

Just as bad is the vastly incorrect perception that binge drinking (or drinking more than five drinks in a sitting) is fine once or twice a week or that marijuana is a harmless substance. Colorado is a microcosm of the worst of the national drug epidemic.

Abusing More Than One Substance at a Time

It’s clear that Colorado is in crisis, and it’s not just one drug causing the problem.

Alcohol, cocaine, prescription painkillers, marijuana – Colorado is among the top 10 states for use and abuse of these substances across the board. Even the use of methamphetamines has increased; this drug was the drug of choice for only 2 percent of Coloradans seeking treatment in 1992 and by 2006 that number had increased to 11 percent.

It’s becoming more and more common to see drug rehab patients in Colorado seeking help for dependence upon more than one substance.

The issues and challenges to sobriety vary depending upon the drug of choice, and it can sometimes make it more difficult for patients to get help that is effective when there are two substances of abuse to address. What does this mean for patients? Often, it increases the necessity of finding a drug rehab that offers highly personalized care.

Designing a treatment plan that is perfect just for you is the specialty of many high-end drug rehab programs, both in Colorado and across the country. Utilizing evidence-based treatment protocols, cutting-edge research, and a wide range of alternative and holistic treatment options, patients can explore the issues that are driving their drug dependence and learn actionable tools to avoid relapse when they return home.

The rate of Coloradans who are living with a drug and alcohol addiction but do not get the help they need is consistently higher than the national average. Thousands of people are dying due to overdose and accident caused by drugs every day in the state because they put off finding a drug rehabilitation program that can help.